Dominicans in Dacia : The role of Friars Preachers in medieval Scandinavian society

Presentation of planned postdoctoral project by Johnny Grandjean Gøgsig Jakobsen, supported by the Danish Research Council of Culture and Communication (Forskningsrådet for Kultur og Kommunikation) for two years, affiliated to the Department of Scandinavian Research, University of Copenhagen 2009-2013. 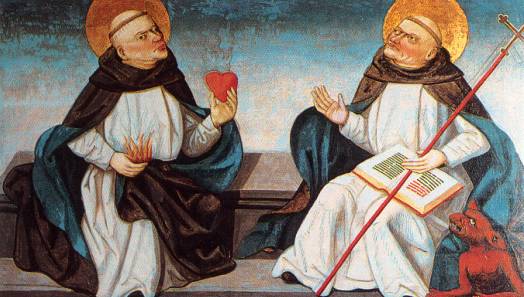 The aim of my postdoctoral project is to analyse and identify ‘The role of Friars Preachers in medieval Scandinavian Society’. The Order of Preachers, today better known as Dominicans, arrived in Scandinavia in the 1220s and remained here for the next 300 years until the friars were forced to leave due to the Lutheran Reformation. By that time, 31 Dominican convents existed in Scandinavia, constituting the province of Dacia. Unlike brethren of the old monastic orders, Dominican friars were expected to interact with the surrounding society as much as possible, helping people become better Christians. Furthermore, as mendicants - i.e. without owning rent-giving property - the friars were forced by their own constitutions to keep an extraordinary close contact to their lay and ecclesiastical neighbours in order to survive. This extroverted focus, both out of ideal and necessity, combined with the number of convents, often located in ecclesiastical and economical urban centres, made the Friars Preachers an important factor in various ways in the society of high and late medieval Scandinavia. It is this many-sided role in society that my project wishes to clarify. 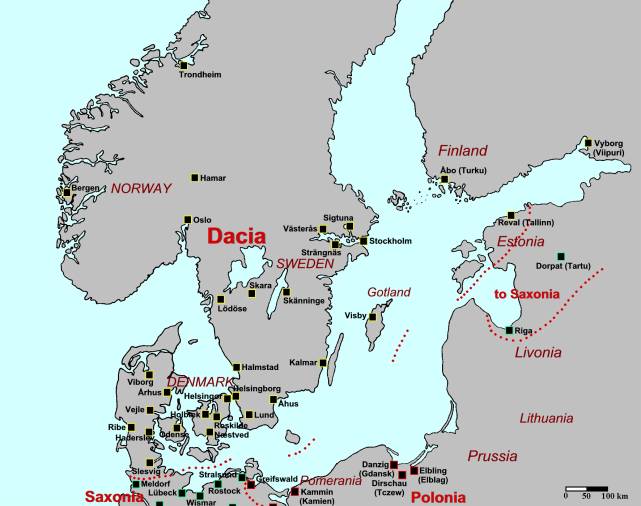 The project is based on a complete and systematic registration of all published written evidence from the Middle Ages mentioning Dominican friars or their priories in Scandinavia. This registration, which constitutes an important part of the project itself, is already done for Denmark as part of my PhD, but remains for the rest of Scandinavia. The registered material will be analysed for a number of themes concerning the everyday role of Dominican friars in medieval Scandinavia, and thus their importance and potential influence on the local, regional and national society in which they took part. The themes include Dominican preaching and hearing of confessions, rural terminatione (i.e. the friars’ activities outside their home towns), public access to and use of Dominican churches and priories, relations between Dominican convents and various groups of society, the socio-political importance of having a mendicant priory in town, the physical location of priories within the urban geography, Dominican possession of real estate, and the friars’ participation in local inquisitions, crusades and missionary activities. Finally, I will take on the question of the Dominicans as possible “agents of Europeanisation” in Scandinavia in regard of transmitting new ideas, rituals and systems from Continental Europe to the North - and perhaps to some degree vice versa.

In each thematic chapter, related scholarly traditions will be presented and held up against the actual Scandinavian evidence. As an important part of the study, the Scandinavian observations will be compared to related studies from other Dominican provinces of Northern Europe. This comparative analysis has several aspects. It aims to contribute to recent scholarly attempts to place Scandinavian medieval history in a larger European context. On a more practical term, by comparing the Nordic evidence with observations from the rest of Northern Europe, it is possible to increase the total amount of observations and thereby the general validity of the derived interpretations. In addition, we can look for possible differences between the provinces in order to judge whether Dominican influence on North European society and culture can be regarded as uniform or regionally varied and perhaps even locally dependent.

Finally, it is worth stressing that my project has an aim that goes beyond the postdoctoral study itself. An important part of the project idea is to endorse Dominican studies in Scandinavia and Northern Europe in general. The registered and transcribed source material is to be made available on my website initiative Centre for Dominican Studies of Dacia, initially in the form of a Regesta with short summaries of the content of each piece of evidence along with information about its date, its archival situation and where it is published. On a longer perspective (i.e. not within the project period), I plan to supplement this with an online Diplomatarium of complete transcripts. Furthermore, bibliographies of Dominican-related literature in Scandinavia will be listed on the website. Hopefully, this will ease the creation of networks between interested scholars within and outside Scandinavia.

The described postdoctoral project can be seen as an extended continuation of the work in my PhD dissertation on “Prædikebrødrenes samfundsrolle i middelalderens Danmark”, which I made at the University of Southern Denmark in 2005-08. For this doctoral thesis, I did a similar, complete registration of Dominican references in the published source material of medieval Denmark, based on which I took up a number of the themes mentioned above and performed a comparative analysis with studies from especially North-Western Europe. The present postdoctoral project does, however, go significantly further on a number of accounts. Firstly, the new project will include the entire province of Dacia, which means an additional inclusion of the material from Sweden, Norway, Finland, Iceland, and Tallinn. Secondly, the new project will take up a number of questions left out of the PhD dissertation. For instance, I want to give more attention to the relation between Nordic Dominicans and the royal powers, where this can be said to have influenced the general Dominican role in society. I will also dedicate a chapter to the internal Dominican-Franciscan relations in Scandinavia, just as the inclusion of the Dominican role as possible agents of Europeanisation is new. From my Danish studies, it appears as if Dominican influence was particularly evident among lay women, something which I wish to look further into in the postdoctoral project, for which not least the Swedish material should offer promising possibilities. Thirdly, as I have gained some very good contacts to archaeologists around Scandinavia with experience in excavating Dominican priories, I hope and believe it will be possible to include a lot of their recent discoveries and ideas. Finally, the postdoctoral project will be written in English.

I believe that my project will be of great value for the understanding of medieval Dominican history in Scandinavia in a broad religious, culturally, socio-historic, and international sense. When reading traditional presentations of Dominican engagement in medieval Scandinavia in both popular and scholarly literature, it is difficult to comprehend how these apparently starry-eyed theologians and soon rather decadent friars managed to survive as an order in our latitudes for more than three centuries, when one keeps in mind that the everyday-survival of the convents was completely dependent on the generosity and support of the surrounding society. In the last 25-30 years, a number of studies from around Europe has shown how Dominicans continuously adapted to the changing conditions in society, a society in which the friars and their priories played a much more extensive and integrated part than traditionally thought. Due to the number of different societal themes with concern to the Dominican Order that my project will look into, it is impossible here to account for all the related traditional views and discussions, not to say the present Stand-der-Forschung. Generally, though, it can be concluded that a line of newer studies from all over Northern Europe show that when systematically tested with the actual evidence, almost all the traditional perceptions of the role of Dominican friars in medieval society need a significant shading - if not, as in some cases, a complete dismissal. For instance, both Danish and North European studies indicate that Dominican relations to the secular clergy were much better than usually claimed, that the traditionally alleged close connection to urban bourgeoisie did not really kick in until the 15th century, and that it is difficult to identify any general unpopularity for the friars in late medieval society until the very eve of the Lutheran Reformation. Furthermore, the Dominican engagement in pastoral services in the rural countryside (the terminatione) as well as the integration of Dominican priories in urban society in a number of non-religious ways will probably come as a surprise to most.

My postdoctoral project can be expected to gain extensive international attention, partly by the mere fact that it will be the first major overall work on Dominicans in Scandinavia written in an international language since the dissertation of Jarl Gallén of 1946. Furthermore, not only did Gallén’s work leave a number of untouched themes to take up, our archaeological knowledge of Dominican priories in Scandinavia have increased significantly in recent years, new written source material has become available, and several similar studies from neighbouring regions in Northern Europe make it possible and interesting to perform comparative studies. However, an overall international study on Dominican roles in medieval society, including and comparing results from different provinces, have not yet been performed, and, thus, the project will not just be of interest in a Scandinavian context. Therefore, it will be logical to publish the major results of the study in an English-languaged book. In addition, I intend to present some of my findings in relevant scholarly conferences in Europe and North America. 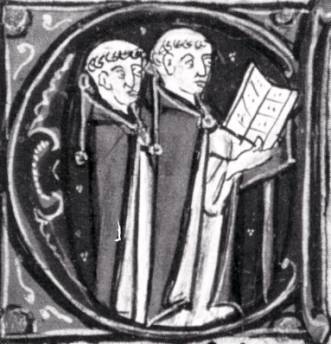